Second entrance at Putney Station could be moving a step closer

The council’s long-running campaign to open up a second passenger entrance at Putney Station has been given fresh impetus with Network Rail agreeing to carry out a feasibility study into the town hall’s proposals. 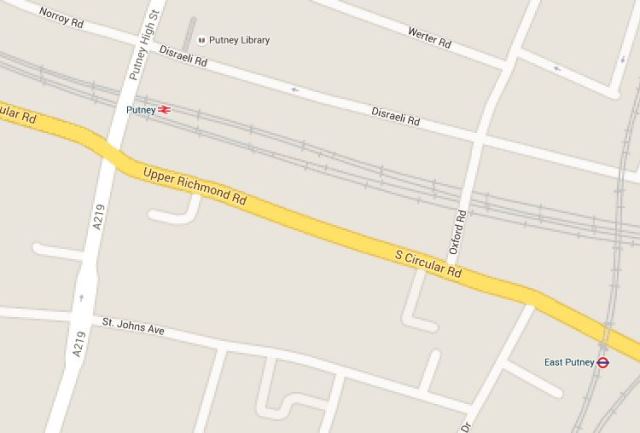 The council has long argued that providing a new entrance to the station – via a footbridge leading directly onto the platforms from Oxford Road – would ease overcrowding and shorten journey times for thousands of local residents who use the station each day.

As well as reducing overcrowding on platforms near the existing entrance, a second one provided in Oxford Road would mean passengers living in East Putney and beyond would no longer to have to trek all the way to the high street to enter the station.

The council has consistently offered to help fund a new footbridge and conducted a feasibility study in 2014 to see where a new entrance could be provided, how much it might cost and where other funding could come from. The town hall has repeatedly indicated its willingness to provide money from the Community Infrastructure Levy fund (CIL) which requires developers to pay a financial contribution towards local infrastructure improvements.

Council leader Ravi Govindia lobbied Transport Secretary Chris Grayling face to face on this issue when the minister paid a visit to Putney in October. The news that Network Rail is to carry out its own feasibility study into the proposal is understood to be a direct result of that lobbying.

Cllr Govindia said: “There is an absolutely compelling argument in favour of a second entrance at the eastern end of the platforms. It really is a no-brainer.

“It would provide a shorter and much more convenient route into the station for residents who live in East Putney, reduce overcrowding at the main entrance and help to ensure that all spare capacity throughout the train is used as people are spread more evenly along the platform.

“It would also widen the transport options available to local people as it would drastically reduce walking time to East Putney station and destinations to the north and south served by the District Line.

“You only have to look at the positive effect a third entrance has made to the daily lives of thousands of people who use the recently opened Brighton Yard entrance at Clapham Junction.

“With Network Rail conducting their own detailed study into the proposal it suggests to me that there may now be some long-awaited light at the end of the tunnel.”