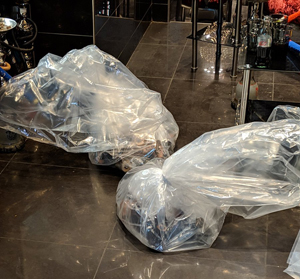 The first raid led to the seizure of 104 kilos of shisha tobacco that had evaded customs duty worth around £500,000.

Charcoal burners used inside the business, which is not being identified for legal reasons, were producing toxic carbon monoxide gases nearly 60 times higher than levels considered safe. This would have put customers and staff inside the bar – and potentially people living in the accommodation above the business at imminent risk of harm.

The shisha bar was immediately closed down and served with prohibition notices preventing its reopening. Further legal action is now being considered by the council’s legal team.

The second raid was on Friday, at a second shisha bar where levels of carbon monoxide were found to be nearly 25 times higher than those considered safe. The owners were served with prohibition notices and additional legal action is also being considered. A quantity of shisha paraphernalia including pipes, hoses, mouthpieces and clay tobacco holders were also confiscated.

Two other shisha bars in Wandsworth are also facing legal action as a result of previous investigations by council staff. 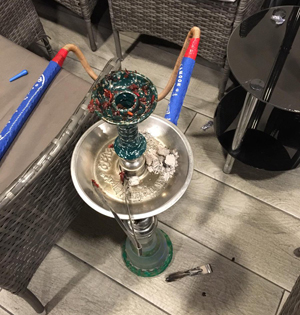 Evidence from the first raid

Last year a newly opened shisha bar in Tooting was shut down after council enforcement officers discovered two families living in flats above it were being poisoned by carbon monoxide fumes.

The business in Tooting High Street was shut after fumes from the burning charcoal used in hookah pipes seeped into the residential properties above.

Two young families with small children were breathing in the gas and suffering the effects of carbon monoxide poisoning - headaches, vomiting and flu-like symptoms. All those affected subsequently made full recoveries and suffered no long-term ill-effects.

The owner of this business was only permitted to reopen when he agreed to cease using charcoal in his premises and switch to vaping products instead.