Councils, Mayor of London and Greenpeace will ask Court to quash Heathrow decision

Lawyers representing a coalition of local authorities opposed to Heathrow expansion will make the case in the High Court today (Monday) that the Government’s Airport National Policy Statement backing Heathrow expansion should be quashed.

Five councils, along with the Mayor of London and Greenpeace, will say the third runway can only be built by demolishing thousands of homes and making life noisier and unhealthier for millions of people living in London and the Home Counties. Large increases in road traffic will make the capital and Home Counties pollution worse.

The Secretary of State’s decision in favour of Heathrow’s north-west runway proposal is being challenged by Hillingdon, Wandsworth, Hammersmith and Fulham, Richmond upon Thames and Windsor and Maidenhead councils. They are joined in the Judicial Review by the Mayor of London and Greenpeace.

The coalition says that the Secretary of State ignored crucial facts when adopting the ANPS. This included information about surface access provided by the Mayor of London. 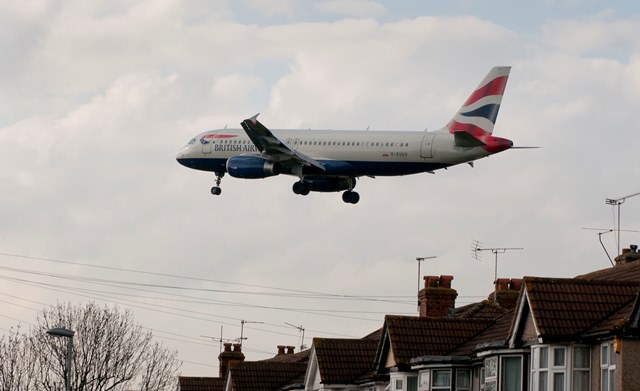 He failed to produce an environmental report showing which communities were going to be affected by noise. Instead he published only ‘indicative flightpaths’ which are almost meaningless.

The failure to identify the areas likely to be affected by noise from new flightpaths to a third runway meant that people in those communities could not know that they might be overflown. The authorities will argue he was required by law to identify all the areas that might be affected.

Cllr Ravi Govindia, Leader of Wandsworth Council, said: “The Secretary of State kept communities across south and west London in the dark about whether they would be affected by noise. If they couldn’t know they might be affected they couldn’t be expected to respond to the consultation.”

Cllr Gareth Roberts, Leader of Richmond Council, said: “The flightpaths were drawn in such a way that the numbers of people affected were minimised. This meant the health and environmental costs of the north west runway were understated. We will urge the Court to quash the NPS.”

Hillingdon Council Leader Ray Puddifoot said: “The consequences of a new runway for Hillingdon residents who live closest to the airport would be truly devastating. More than 1,000 homes would be lost and 3,750 blighted, with older people and children who suffer from the consequences of air pollution particularly affected. Even without further expansion, pollution levels in the area which already exceed statutory levels will not be below legal limits for many years to come.

“Despite these dire consequences, the Secretary of State has continued to ignore our concerns and those of our residents, instead voicing messages of support for expansion. We will be demanding that the decision is quashed.” 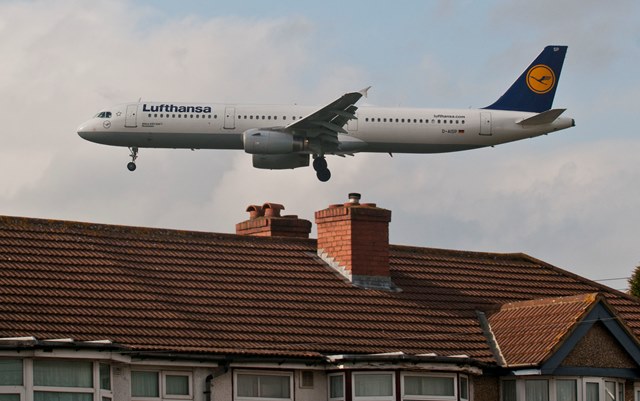 Cllr Simon Dudley, Leader of the Royal Borough of Windsor & Maidenhead, added: “All these plans have now been thrown into disarray. We will tell the Court that this is an unbalanced approach which is scarcely consistent with the obligation to approach and conduct consultation an open mind.”

Cllr Stephen Cowan, Leader of Hammersmith & Fulham Council, said: “Adding what is essentially another airport the size of Gatwick to Heathrow will significantly increase noise, congestion and pollution across west London stretching all the way along the M4 and past Windsor. There are much better projects our country can spend £18billion of taxpayers’ money on.

“Meanwhile, the Heathrow consultation appears deliberately confusing. I think they’re hoping people won’t wake up to the problems with their scheme for a third runway until it’s too late. That’s why we’re taking legal action. People deserve better.”

Shirley Rodrigues, Deputy Mayor for Environment and Energy, said: “Toxic air pollution leads to thousands of premature deaths in the capital every year and stunts the development of children’s lungs. Heathrow expansion would worsen air quality further, with dire consequences on the health and quality of Londoners’ lives. There is no commitment to new rail infrastructure and expansion is expected to result in at least 40,000 additional vehicles on the roads every day. Together with serious concerns about increased disruption from noise, we had no choice but to challenge this decision.”

John Sauven, Executive Director of Greenpeace UK, said:  "The climate minister has admitted we're in the grip of a climate emergency. The environment secretary has declared air pollution one of the biggest threats to public health in the UK. So how can ministers justify building a runway that's bound to make both problems much worse? Governments are very happy to talk the talk when it comes to protecting the air we breathe and the climate we all share, but unfortunately, getting them to walk the walk often takes legal action.”

The local authorities will argue that If the Secretary of State is found to have acted unlawfully, the appropriate remedy is to quash the National Policy Statement on which his decision favouring Heathrow is based. In this event the selection of the northwest runway option in preference to the other proposals – Gatwick and Heathrow Hub – must be reopened.