Cyclists can now take a convenient short cut along Roehampton High Street after a contraflow system was introduced. 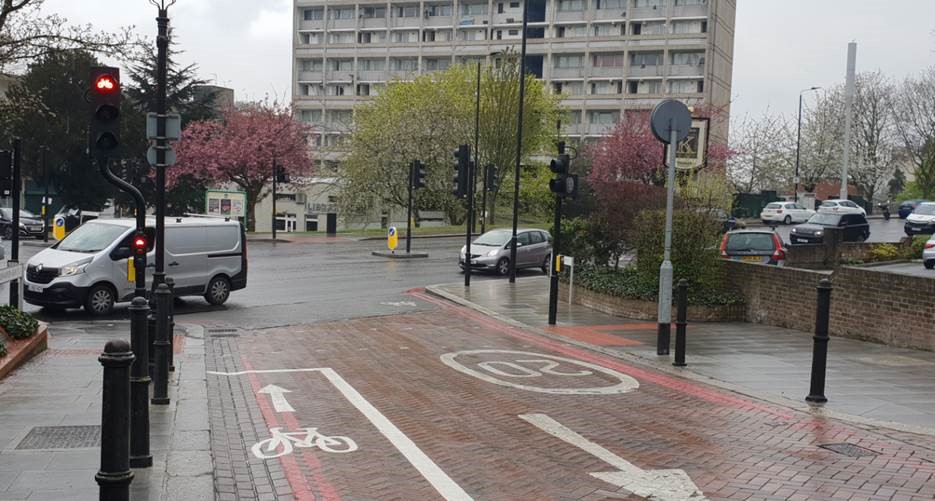 People riding bicycles can now travel in both directions along this quiet one-way street, from its junction with Dover House Road to Roehampton Lane.

The decision to introduce a cycling contraflow here came after a positive response to a recent public consultation and successful pilot schemes in other parts of the borough.

The route will form part of Transport for London’s Quietway 21 (Q21) which links Wandsworth Common to Teddington.

Additional signage and carriageway markings have been introduced along with a mandatory cycle lane on the approach to Roehampton Lane.

Transport spokesman Cllr Jonathan Cook said: “This scheme is part of a wider package of measures to encourage people to take to two wheeled travel. There are clear and obvious health and air quality benefits if we can get more residents to take up this non-polluting form of transport.