We are attracting £15 billion of new investment to our borough which will see 20,000 new homes and a new district for London at Nine Elms, while we are overseeing major improvements at Wandsworth town centre, Roehampton town centre, including the Alton estate, along with Winstanley and York Road estates in Battersea.

A new community at Nine Elms 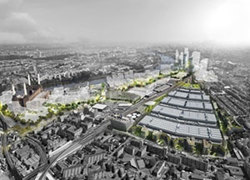 A new community and town centre is taking shape which will eventually have 20,000 new homes and create 25,000 permanent jobs.

As well as luring the likes of Apple UK and the American Embassy to our borough, Nine Elms is bringing improvements the whole borough can benefit from including two new tube stations, improvements to nearby rail stations, new river services, a 12-acre linear park and a new stretch of Thames River path. Nearby the Royal College of Arts is expanding its Battersea campus to provide a national centre for innovation in science and design. 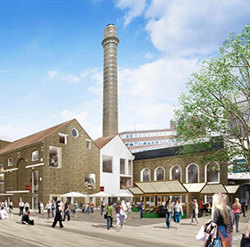 We are developing plans with Transport for London to greatly reduce the amount of traffic in Wandsworth town centre. This will be down redesign re-routing the A3 and A205 South Circular to the north of the town centre and restricting the central section of Wandsworth High Street and Garratt Lane to buses and cyclists only. Find out more about plans for the one-way gyratory.

This is part of wider plans to improve Wandsworth town centre which are already underway, which include an expansion of the Southside Shopping Centre, a better library and new housing.

New homes and community facilities for Winstanley and York Road

Up to Brighter Borough