Wandsworth Council will feature in the London New Year’s Day Parade for the first time on January 1, 2020 with a sustainable float highlighting the theme of tackling climate change. 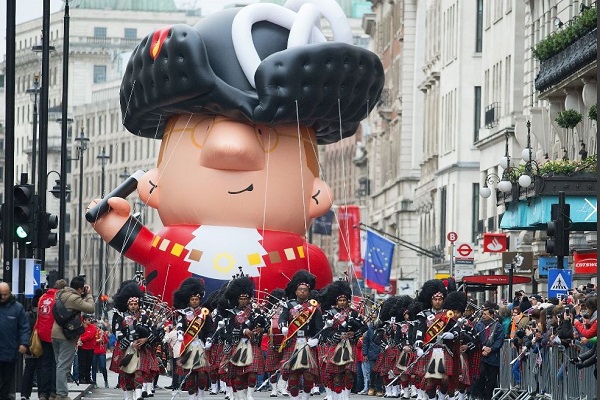 The parade starts at noon and will be watched by millions of people around the world. Wandsworth’s float will highlight a key council objective over the next decade – to become carbon neutral by 2030 and a zero-emission council by 2050.

Each element of the float has been carefully chosen to reflect the Mayor of Wandsworth, Councillor Jane Cooper’s, passion for sustainability. The float will only contain materials that have been recycled, reused or repurposed - from the centrepiece LOVE letters to the banners and the carpeted flooring.

The Mayor is grateful to Iveco for providing an eco-friendly vehicle powered by 100 per cent natural gas. Wandsworth’s entry into the parade will also feature ‘Gaia’, made of thousands of red HIV awareness ribbons. This award-winning costume designed by Anthony Hunte, Spectra Programme and Volunteer Manager, is funded by local charity Wandsworth Oasis Wandsworth Oasis are also providing a variety of clothes and accessories for the parade keeping with the sustainability theme.

There will be a selection of trees that will be planted across the borough throughout 2020 – just part of the 540-tree planting commitment the council has made – and Battersea, the dogs and cats home, will be walking with the float promoting the positive work they do in the borough.  Youngs Brewery are also providing their dray pulled by shire horses.

Representatives from local schools, charities and community groups will also be there, wearing flower pledged made from recyclable materials.

During the parade residents of Wandsworth are invited to support the borough’s bid to become this year’s borough champion and win a share of the big charity cash prize. All borough entries are automatically entered and the public can vote for their favourite. You can vote from noon until the last act passes through the performance area – find out more.

Cllr Cooper said: “I’m very excited that for the very first time Wandsworth will be taking part in the New Year’s Day Parade. It’s a great chance to show off the brighter borough and highlight our ambitions to be inner London’s greenest borough.