One of the borough’s most important historical landmarks - which some say was the cradle of English Parliamentary democracy – has been given new prominence thanks to a council funded heritage project.

St Mary’s Church in Putney High Street is now bathed in light during the hours of darkness after low energy eco-friendly LED floodlights were installed to illuminate its famous bell tower and west chapel which dates back to the 16th Century.

The new lighting means the bell tower’s famous clock can now be seen at day and night. 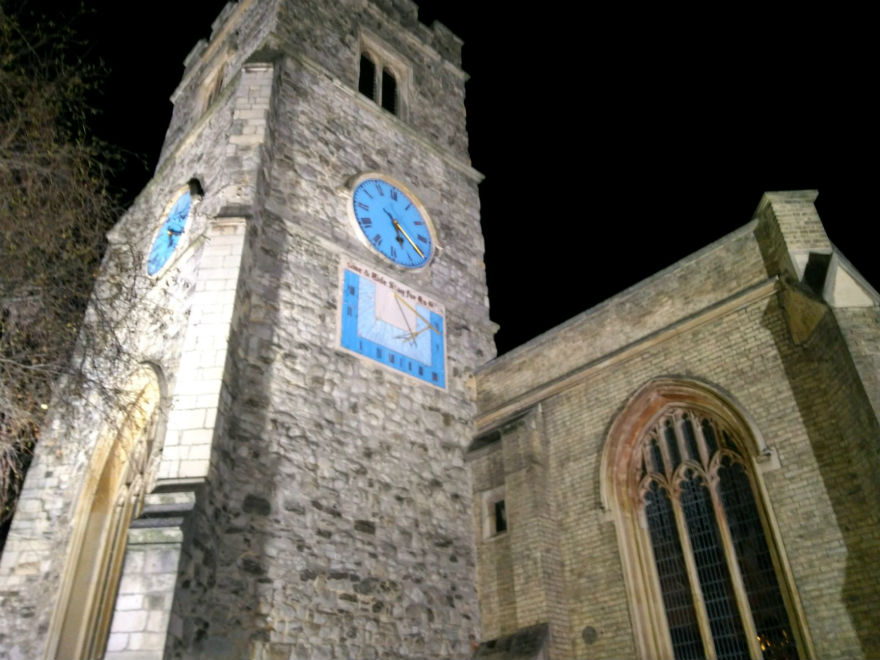 Funding for the scheme came via a levy taken by the town hall from property developers in the area to fund infrastructure projects that benefit the local community. It is part of a wider package of measures worth around £640,000 that is being drawn up to improve the high street.

Council leader Ravi Govindia said: “This simple scheme means that this famous old church is an even more prominent and striking landmark in Putney and helps ensure this historic building gets the attention it deserves. It is a great addition to the night time landscape.

“This is just one of the projects in the pipeline to make the high street more attractive, by improving traffic flows, making it safer and raising air quality standards.”

There has been a church at this location since medieval times with records of it dating back to at least the 13th century and it has always been the parish church for Putney.

The parts of the medieval church which survive today are the tower, some of the nave arcading (mid-15th century) and the Bishop West Chapel, built in the early 16th century. There has been a clock in the tower since the 17th century, although the present clock is a 20th century addition.

Members of Oliver Cromwell’s New Model Army, waiting near London to maintain pressure on Parliament, sat in St Mary’s discussing the nature of the society that they wanted to see emerge from the civil war and formulated the first known account of a doctrine of male suffrage in Britain.