Discover the history and nature of Tooting Common

Thanks to National Lottery players, new panels have sprung up on Tooting Common to explain its rich heritage and diversity.

And using a new free augmented-reality app, Gamar, visitors can wander across Tooting Common whilst accessing photos, heritage stories and games on their smart phones to discover how the common has developed and changed.

In 2015, Wandsworth Council was awarded just under £1.4m by The National Lottery Heritage Fund as part of a larger £1.9m scheme to explore, restore, conserve and enhance the cultural and natural heritage of Tooting Common.

Between 2016 and 2019, the Tooting Common Heritage Project worked in partnership with local community groups to improve and monitor biodiversity and habitats, to conserve and restore heritage landscape and architectural features, uncover the hidden history of the common and teach people about the its rich past and biodiversity. It also provided new volunteering opportunities and transferable skills to local residents. 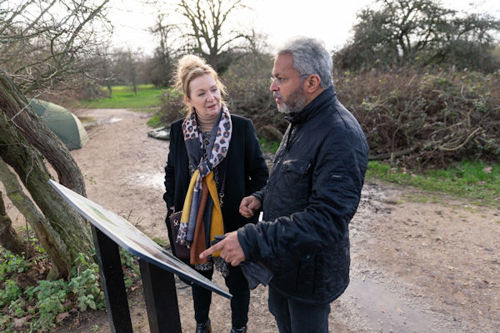 New panels that have sprung up on Tooting Common over the last few months provide descriptions and beautiful illustrations of the projects that have taken place. Illustrator and Wandsworth resident, Gerard Sebastian helped design the panels and drew intricate and detailed illustrations of trees, wildlife and grassland.

He said: ‘I simply wanted to be part of this noble project, in my own little way, to restore, conserve and enhance the natural heritage of Tooting Common. I wanted to make my own personal contribution in making the experience of using the common a touch better, to be able to highlight and present to the people the existence of the rich biodiversity and habitats in the common. I wanted the people to find the information panels, see the images and be informed and enjoy the experience of using the common.

“The boards are important because they interpret and enlighten the users of the beautiful natural life that thrives in the commons. These information boards can attract visitors and feed their inquisitiveness to discover more, not to mention to educate the little visitors.

“The successful completion of this project means that collectively it has improved the overall experience of visiting Tooting Common by restoring, conserving and enhancing the quality of the common and its habitat.” 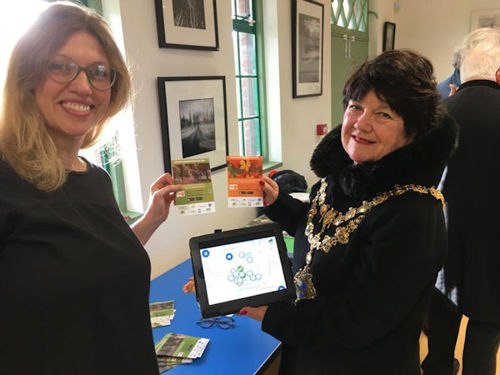 In addition to the interpretation panels, the Gamar app, which is free to download on smartphone devices, gives visitors historic images and snippets of information about the history of the common on each stop on the trail, as well as augmented-reality animations, games, and puzzles relating to nature for children. Children can arrange the ducks on the pond, see a dinosaur near the fossil tree and create a woodland fairy out of natural elements.

The trail powered by the Gamar app was launched on Saturday by the mayor of Wandsworth, at a celebration heritage event to mark the end of the £3 million Tooting Common Heritage Project, funded by The National Lottery Heritage Fund.

Similar trails have been made by the Gamar app for tourists internationally, including the British Museum, The Wallace Collection and The London Transport Museum.

Wandsworth Council’s cabinet member for community services and open spaces Cllr Steffi Sutters said: “The work done over the past few years on Tooting Common have done so much to enhance its biodiversity and celebrate its history. Local people have been at the heart of it, and the interpretation boards and app will help them truly appreciate the gem on their doorstep.”

The app can be downloaded from the App Store by searching for Gamar Ltd. Once downloaded, users can select Tooting Common and choose between The Tooting Heritage Trail, Tooting Nature Trail or Tooting Common Lido Trail. Users must download the specific trails using internet but once downloaded, the trail does not need an internet connection to run.