Plans for Heathrow expansion face a fresh legal challenge in the Court of Appeal in October. 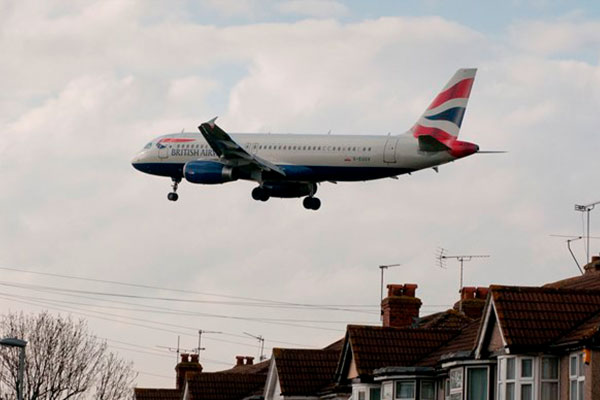 The Court of Appeal has allowed four days for the new hearing which will start on Monday 21 October. There will be four appeals which will be heard at the same time.

The boroughs will say that the government made legal errors in the steps leading up to the Airports National Policy Statement (ANPS) and therefore it should be quashed.

The Rt Hon Lord Justice Lindblom said in his ruling that ‘the importance of the issues raised in these proceedings is obvious and affords a proper basis for granting leave to appeal. I also accept that the grounds of appeal are properly arguable’

The local authorities had warned that expanding Heathrow could bring long term damage to the health of millions of Londoners with large areas of London and the home counties affected by noise and air pollution from the north-west runway.

They had argued that the third runway could only be built by demolishing thousands of homes, adding large increases in road traffic and making life noisier and unhealthier for millions of Londoners. The government had not looked at this properly.

The Court of Appeal will hear how the Secretary of State failed to consult properly on noise – excluding people who may be significantly affected. It was not possible to assess the noise impact for communities based on actual flight paths as these were not known.

The councils will also show how the Secretary of State failed to consider the effect of expansion on local plans.

They will also argue that the Secretary of State did not properly consider the significant adverse impact of Heathrow expansion on protected habitats.

Cllr Ravi Govindia, Leader of Wandsworth Council, said:“The local authorities’ commitment to protecting their residents and the environment is clear. The Court of Appeal is equally clear that the case must be heard.

“We call on Heathrow to abandon its destructive expansion plans. It is clear the additional runway can’t be built without breaching environmental standards - the plan for huge new car parks alone suggest that Heathrow can’t meet air pollution standards.

“This must be the beginning of the end for these ill-conceived expansion plans. The consequences for the people affected in terms of noise, air pollution and environmental impact are too damaging. It’s also time to recognise that at a time when carbon growth in the economy is being limited it is simply wrong for Heathrow to grab the lion’s share of additional carbon for its new runway."

Cllr Gareth Roberts, Leader of Richmond Council, said:“Richmond Council has battled any Heathrow expansion for years. And the case against a bigger airport is still the same today.

“We are clear. A bigger Heathrow will lead to more cars. It will lead to more air pollution. An expanded airport will bring more polluting ‘filth’ from the skies, onto our heads and that of our children, damaging our health.  We have recently reaffirmed the Council’s response to the Government’s Aviation Strategy and condemned their entirely inadequate approach to mitigating climate change

“Therefore, the local authorities are right to challenge the Secretary of State’s failure to assess the environmental impacts of a third runway.

“If we do not challenge these fundamental errors in the process now we will not have another chance. It will be too late by the time the planning application is being considered.”

Cllr Simon Dudley, Leader of the Royal Borough of Windsor & Maidenhead, said: “The Secretary of State’s failure to properly identify the communities likely to be affected by noise is a glaring weakness in his approach to the noise impacts of expansion. The result of this approach was to mask the true potential impacts.

“It means that there are communities which were simply unaware that they might be at risk of increased noise impacts and have therefore been denied the opportunity to express their views.”

Cllr Ray Puddifoot, Leader of Hillingdon Council, said: “Hillingdon residents are the worst-hit by expansion. More than 1,000 homes will be lost and 3,750 blighted. Older people and children who suffer from the consequences of air pollution will be particularly affected.

“Being granted permission to appeal is a welcome step in the right direction to overturning the government’s highly flawed and misconceived decision to expand Heathrow Airport.

“We have said all along that we will continue to fight this decision in the courts for as long as it takes in order to protect our residents and our environment from the devastating consequences of a third runway and to bring this sorry saga to an end once and for all.”

Cllr Stephen Cowan, Leader of the London Borough of Hammersmith & Fulham, said: “Expanding Heathrow is an appalling deal for taxpayers and, more importantly, potentially catastrophic for the climate. Not only does it fail to deliver the economic benefits claimed, but it ignores the climate emergency. Politicians cannot on the one hand claim to take climate change seriously and on the other act to make our environment much worse. We will fight this decision all the way.”

The Secretary of State’s decision in favour of Heathrow’s north-west runway proposal was challenged by Hillingdon, Wandsworth, Hammersmith and Fulham, Richmond upon Thames and Windsor and Maidenhead councils. They were joined in the Judicial Review by the Mayor of London and Greenpeace.