If you wish to comment on proposed changes to Wandsworth’s ward boundaries, you must do so by next Monday (July 27) 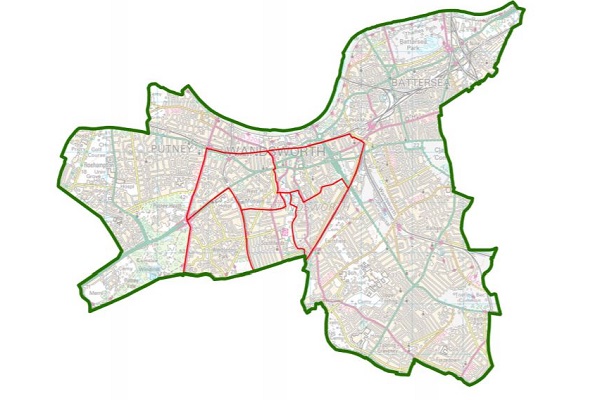 The independent Local Government Boundary Commission for England is carrying out a public consultation on new proposals for borough ward boundaries in the following areas:

The Commission listened to the views of the public during an earlier consultation, and now proposes to change its plans. This reflects the significance of the evidence received and also takes into account an electoral variance error calculated in draft recommendations for the wards West Hill and Wandle Valley.

The Commission proposes significant changes in the central area of Wandsworth and is now accepting additional opinions and comments from local people about the areas affected.

East Putney ward has been reconfigured to centre around East Putney underground station, after the Commission received submissions demonstrating that this is a focal point for the area and surrounding community.

The boundaries of West Hill ward have reverted back to the original warding arrangements. The Commission was persuaded by strong evidence provided by local residents that the current arrangements allow for effective and convenient governance, while also accurately reflecting the local community.

The Commission is also asking local people their preferred name for the proposed South Balham ward, as it failed to receive a clear consensus in the previous consultation. The options are ‘South Balham’, ‘Heaver’ or ‘Bedford Hill’.

The Commission is the independent body that draws these boundaries. It is reviewing Wandsworth to make sure councillors will represent about the same number of electors, and that ward arrangements will help the council work effectively.

Launching the consultation Professor Colin Mellors, Chair of the Commission, said: “We are publishing recommendations for a new pattern of wards in the centre of Wandsworth and we are keen to hear what local people think of the recommendations.

“We have drawn up proposals for new wards in the central area of Wandsworth. We want to make sure these new electoral arrangements reflect communities. We also want them to be easy to understand and convenient for local people.

“Residents and local organisations can help us do that. We would like them to let us know whether they agree with our proposals before we take final decisions.

A six-week consultation on the proposals ends on 27 July 2020.

The Commission has a dedicated section on its website where people can see the detail of the proposals and comment on the names of wards and their boundaries.

Have your say directly through the Commission’s consultation portal: https://consultation.lgbce.org.uk/