The council is set to launch a pilot traffic scheme that designed to deter hundreds of rat run motorists from accessing a quiet residential road in Putney that’s also home to a large school catering to pupils as young as four-years-old. 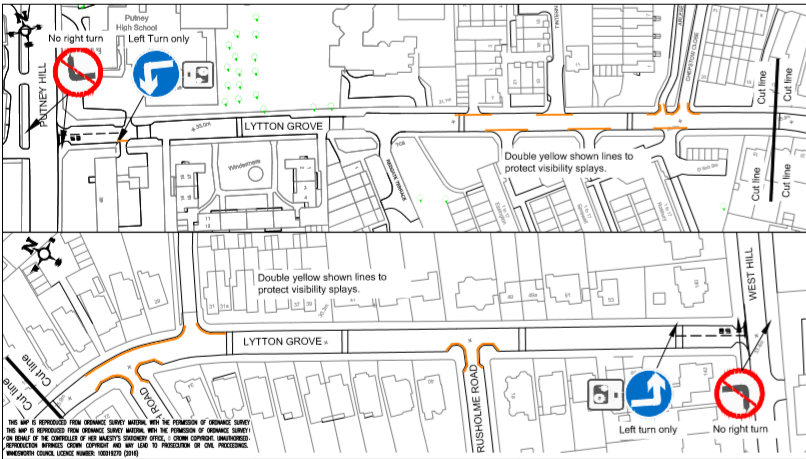 In the wake of a petition from residents expressing concerns over traffic volumes and excess speeds, a temporary ban on vehicles turning right out of Lytton Grove will be introduced next week.

The pilot scheme, which will be in place for a minimum of six months to gauge its effectiveness, will stop motor vehicles turning right at both ends of Lytton Grove - onto Putney Hill and also onto the A3 at its junction with West Hill.

While the pilot scheme is in operation, an ongoing public consultation will be held so that people can submit their views on how they think it’s working.

During the trial period, which could be extended up to 18 months, further traffic surveys will be carried out to enable “before and after” comparisons and the scheme will be actively monitored to ensure drivers comply with the new arrangements.

Wandsworth’s transport spokesman Cllr Paul Ellis said: “The traffic studies we’ve already carried out here show that residents are suffering from the effects of rat-run drivers travelling between West Hill and Putney Hill at both morning and evening rush hour.

“Residents have asked us to address this issue and we believe we have come up with an effective solution that should help tackle the problem. What we will do over the course of the trial period is closely monitor traffic flows to make sure this plan is working and if it is seen to be effective, look to make the changes permanent.”

The pilot scheme is set to commence on Monday, June 8 with signs displayed prominently to alert drivers to the changes.

The six month consultation period will continue until December 11.