Residents living in an area of Southfields are being invited to take part in a pilot food waste collection scheme to help inform future decisions on the council’s next waste and recycling contract to commence in 2024. 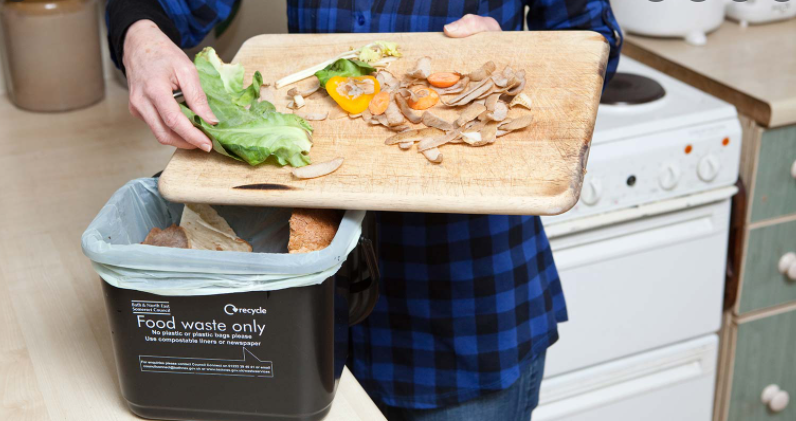 Around 2,300 households in the Southfields Grid area are being urged to take part in the pilot scheme.

Homes that take part will be given food caddies in which they can store their food waste. These will then be emptied weekly as part of the borough’s normal refuse and recycling collection service.

The council’s environment spokesman Cllr Steffi Sutters said: “The council has set itself some tough environmental targets to reduce its carbon emissions and become a carbon neutral council by 2030 and a zero-carbon authority by 2050.

“This means we are examining and evaluating everything we do to see what changes we need to make to achieve these ambitious targets.

“We are proceeding with a limited pilot scheme to begin with to see how well it works. We know from other areas that have introduced similar initiatives that there are barriers to take up participation and we want to get a better understanding of these.

“Lessons already learned in other boroughs are that although these schemes can work well initially, the amount collected tends to tail off quite significantly over time. Given the high cost of investment to bring this forward, it is important that we study the results of the pilot and work out what works best for our residents.

“The council’s main focus remains to actively encourage residents to reduce all forms of waste, including food, which is by far the best environmental outcome. Minimising the amount of waste material that needs to be collected and processed is a key element of our carbon reduction programme.”

The council collects around 30,000 tonnes of food waste a year.

At the moment this is sent by river barge, along with all the other waste items collected from the borough’s 144,000 homes, to an energy from waste facility, which uses it in place of fossil fuels to generate enough electricity to power approximately 17,000 homes.

Food waste collected separately and diverted away from other waste streams will instead be sent to an anaerobic digestion plan where micro-organisms break it down and produce a biogas that is fed into the National Gas Grid. It also produces digestate which is used to improve agricultural soils.

Collecting food waste separately will require different vehicles than those used to collect the remaining household waste and recycling.

Homes in the Southfields Grid test area are being written to this week outlining the scheme’s details and how households can take part in the trial.

• The council has also unveiled a home composting trial which could see food scraps, peelings and other organic waste processed in back gardens, providing homeowners with a ready source of nutrients for their plants and flowers.

For more information on the council’s plans to tackle climate change visit https://www.wandsworth.gov.uk/news/campaigns/climate-change/.