Highways engineers are about to implement a series of road safety measures designed to curb excessive vehicle speeds and improve safety levels for pedestrians and cyclists along a busy route in Battersea. 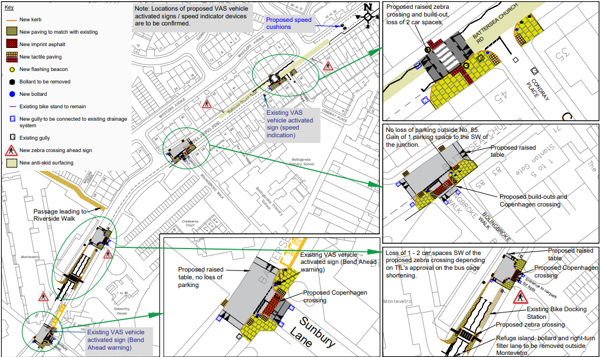 The council is taking action to improve road safety in Battersea Church Road following appeals for action from local residents.

And following detailed consultation with local people the council’s engineers will soon deliver a £180,000 package of safety measures, including:

Funding for the scheme comes from the borough’s Neighbourhood CIL fund which is made up of cash levied from housing developers to fund local community infrastructure projects.

Transport spokesman Cllr John Locker said: “Residents in this part of Battersea have called for safety improvements on this busy road and this scheme delivers them.

“The plans have been drawn up following detailed local consultation and are designed to reduce excessive speed and make it a safer environment for pedestrians and cyclists.”