Wandsworth Past and Future – arts and culture

Arts, entertainment and recreation is the borough’s fourth largest business sector, and the council is keen to support it – especially through the pandemic.

In our Past and Future series of articles, we are exploring the past and looking forward to the future of our borough. Wandsworth is blessed with a rich cultural scene, with everything from amateur dramatic groups and small local theatres to creative hubs such as the BAC and large national institutions including the Royal Academy of Dance and the Royal College of Art.

Now a new ten-year Cultural Strategy has been launched to put art and culture at the heart of local communities and make them accessible and relevant to local people.

The borough has always been a popular place to spend a night out. Before the rise of the Victorian music hall, variety entertainment was provided in pub saloons, and performances could be raucous affairs. Once dedicated venues began to open up,  the music hall became a more morally acceptable way to spend an evening. 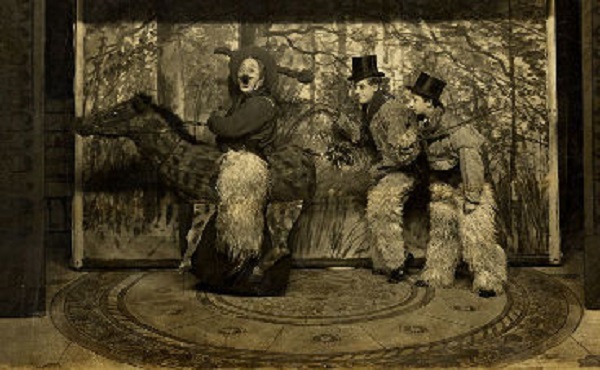 The Grand theatre in Clapham Junction opened on Nov 26, 1900 with a music hall bill including singers, acrobats, a banjo player and performing mules and ponies. It was built by a consortium led by well-known artiste Dan Leno who, on the opening night, declared that it was now “possible for a man to bring his wife to the music hall and know the performance would be all it should be.” 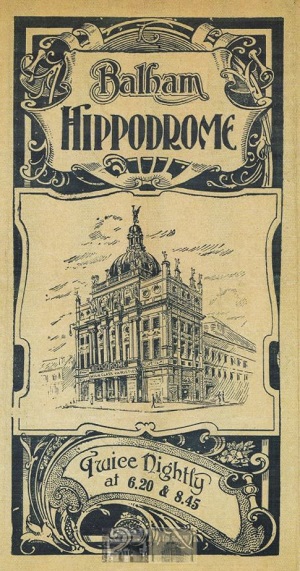 Like many similar venues, the Grand went on to become a cinema and bingo hall. In the 1990s it narrowly avoided becoming a Wetherspoons and is now a live music venue. The Balham Varieties Music Hall, Balham High Road eventually became The Gaumont Cinema and was demolished in 1974, while the Royal Dutchess Theatre on Balham Hill was badly damaged by wartime bombs and was eventually demolished to make way for the Balham Hill Estate.

The Granada Theatre in Tooting was huge and lavish, seating nearly 4,000 people. In 1963 The Beatles performed there and today it is the Gala Bingo Hall – the stunning interior protected by a grade 1 listing.

Other notable theatres included the Shakespeare Theatre in Clapham Junction. It was also badly bombed and was bought by Battersea Council in 1957, who demolished it. Now an office block called Shakespeare House stands on the site. The Shakespeare Theatre stood next to Battersea Town Hall, which itself was saved from demolition in 1965 and opened as the Battersea Arts Centre in 1981. Today the BAC is one of the borough’s most important arts venues.

Some cinemas were purpose-built, including four in Putney. Putney Electric Cinema, subsequently called The Globe, in Upper Richmond Road was demolished in 1967 – the last film shown was, fittingly, The Last Picture Show. Two cinemas stood near Putney Bridge (pictured below). Their names changed but they were eventually known as The Odeon and The ABC. One bought the other out and both were demolished in 1972 to make way for the current cinema – one of the first multi-screen cinemas in Britain. In Wandsworth Town a council green plaque can be seen on the site of the old Biograph Cinema – London’s first licensed cinema. 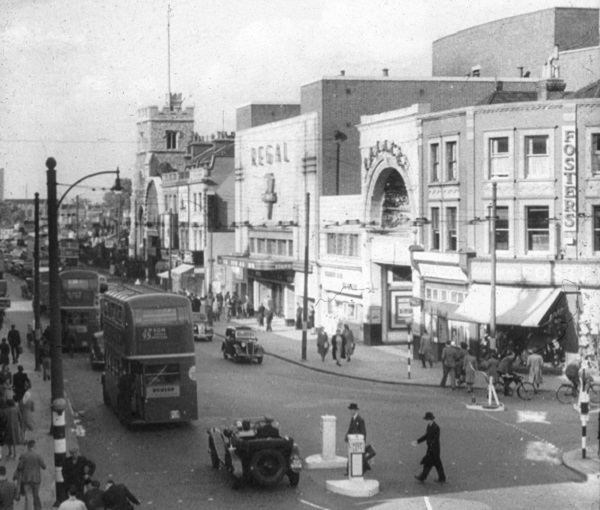 The role of individual artists was recognised and artists’ studios set up. Local theatres flourished, including the UK’s first South Asian theatre company Tara Arts, which has made the borough its home for more than 40 years. The Battersea Arts Centre leases the old Battersea Town Hall for a peppercorn rent from the council, which also commissions community projects and helped the BAC recover from a devastating fire in 2015. 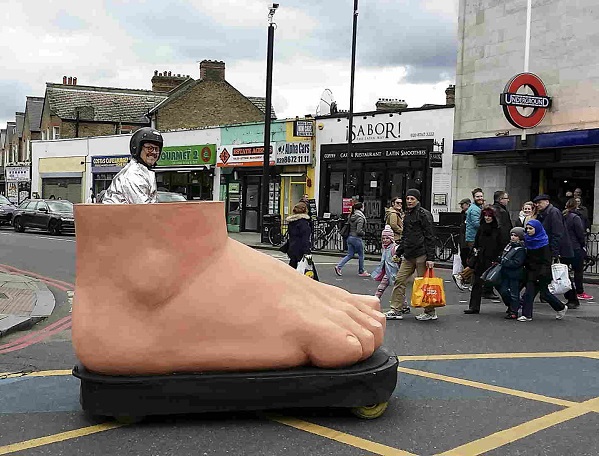 Bigfoot - a star of the 2016 Wandsworth Arts Fringe

Community projects were commissioned from the BAC, and the council leases Battersea Old Town Hall to them for a peppercorn rent.

In 2019 the Wandsworth Council arts team was embedded into the council department responsible for developing the local economy and strengthening communities. It works closely with the council’s public health, economic development, housing and planning departments and the teams working on the regeneration of Nine Elms and the Alton and Winstanley and York Road Estates. It also works with the local artistic community and with schools to helps young people discover their creativity and navigate pathways into employment in the creative sector.

During the pandemic it has been working to support the creative sector and provide outlet for artists’ work, including an online arts fringe, art in town centres and the Wandsworth Arts website.

Now the public is being asked to comment on a proposed new ten-year Cultural Strategy. Read the strategy and have your say.

The council’s arts and culture spokesman Cllr Steffi Sutters said: “I’m grateful to all the artists, performers and venues that make living in Wandsworth such a rich experience, and I’m also proud of the way the council’s arts team has helped the sector through the last few difficult months.

“The new strategy is a bold and ambitious plan that’s all about putting culture at the heart of the borough and meeting the needs of local people and communities. We would ask you to take a look and contribute your thoughts.”

Previous Wandsworth Past and Future articles: