Official Government figures show that while flytipping continues to pose a major challenge for some councils and local communities across London – Wandsworth remains one of the capital’s cleanest boroughs. 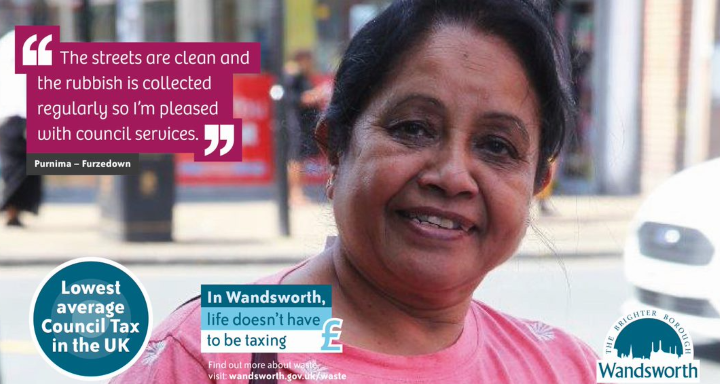 The most recently published Government data shows that Wandsworth has the second lowest number of recorded flytips in inner London.

The Wandsworth figure of 4,745 also compares favourably with neighbouring boroughs.

Other boroughs suffering serious flytip issues include Croydon with 25,532 incidents last year, Hounslow with 22,480 and Brent with 34,197. London’s worst affected borough was Camden with 34,465 reported flytips.

Across London’s 32 boroughs just over 360,000 flytips were recorded. This means that Wandsworth suffered only 1.3 per cent of the capital’s flytips.

Environment spokesman Cllr Steffi Sutters said: “These figures confirm that flytipping is a serious problem across the country – and that London in particular suffers badly from this environmental crime.

“But the data shows quite clearly that here in Wandsworth we have many fewer cases than most other parts of the capital.

“While this is welcome news we fully recognise that a single flytip is one too many so we will not be complacent about the challenges we face in keeping our streets and parks clean and free of flytips.

“We know for sure that some local neighbourhoods are more badly affected than others and residents in these areas can rest assured we are putting in extra resources to tackle this problem.”

The council has introduced a number of initiatives to tackle professional flytippers and others who either through neglect or carelessness allow streets to be littered.

Enforcement measures include a ‘caught on camera’ campaign which uses video evidence to identify and deter flytippers. Recent instalments can be viewed here and also here.

The council also offers a cheap and competitive rate to remove large unwanted items like old mattresses and furniture., which has also played a role in reducing the number of these items that are dumped on the streets.

Cllr Sutters added: “Because it is important to clean up flytips swiftly before they get any bigger we have are urging residents to report them to us so we can nip any problems in the bud. 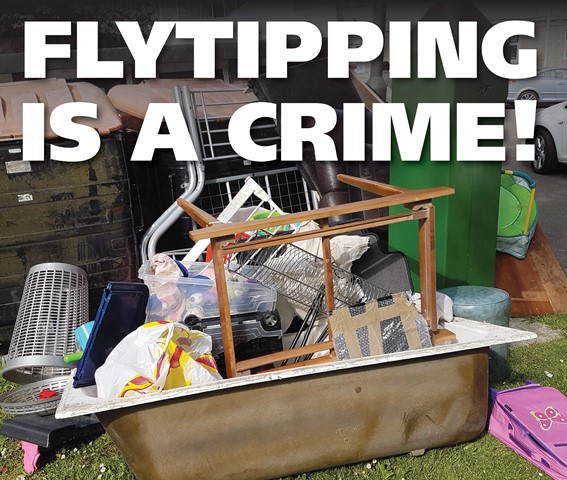