Councillor Ravi Govindia, the Leader of Wandsworth Council, has visited a construction site in Battersea to see the progress made on 386 affordable homes being built as part of the Battersea Power Station development.

Peabody and Battersea Power Station invited Cllr Govindia and Cllr Jonathan Cook, Cabinet Member for Housing, to see the new homes at New Mansion Square which will be ready for the first residents to move into from 2022.

Designed by architects Patel Taylor and being built by Ardmore, the affordable homes consist of seven buildings of up to 18-storeys in height arranged around a garden square, echoing the style of Battersea’s redbrick mansion blocks nearby. 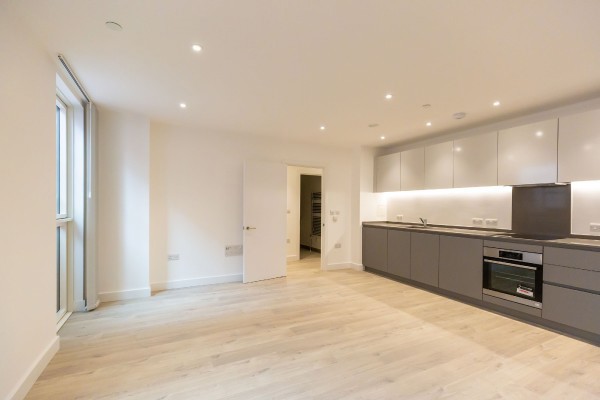 The new one to four-bedroom, dual aspect homes will be a mixture of London Affordable Rent and shared ownership, all with private outdoor space – balconies, terraces and access to gardens.

They are located within easy reach of the recently-opened Zone 1 Northern line station on Battersea Park Road at Battersea Power Station, which brings Battersea within a 15-minute journey from the West End and the City.

The new buildings being built in New Mansion Square will also celebrate the long history of Battersea and its people. Three buildings named Tweed, Arden and Foots Row Mansions reference lost streets first built in the 1870s as Battersea underwent a period of rapid industrial growth. Numerous factories and mass infrastructure projects including railways and later the development of Battersea Power Station itself in the 1930s and 1950s, changed the landscape of the local area.

Cllr Ravi Govindia said: “I am delighted to see the progress by Peabody and Ardmore on delivering hundreds more affordable homes for Wandsworth together with the facilities that a growing population needs. It’s also good to see local heritage playing a part in the future of the area as lost street names are brought back to life.

“Located just a stone’s throw from the new Northern Line tube station, shops, offices and restaurants at Battersea Power Station, these homes will be welcomed by local people who want to continue living in Wandsworth and can take advantage of all the benefits and new connections that this transformation brings.” 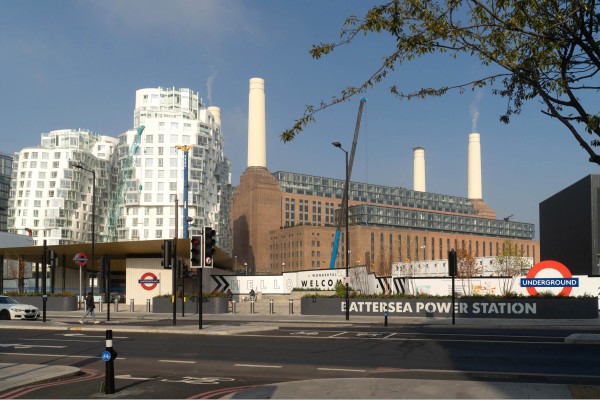 Angela Wood, Deputy Executive Director Development & Sales of Peabody, said: “We are very pleased to be working with Wandsworth Council and Battersea Power Station to deliver 386 much needed affordable homes in Battersea. Building upon the social infrastructure and placemaking is important to us with all our schemes. We hope our future residents will enjoy living in this iconic, heritage location and within this new community.”

Simon Murphy, CEO of Battersea Power Station Development Company, said: “On behalf of our Malaysian shareholders, I am pleased to welcome Cllr Govindia to this part of the Battersea Power Station masterplan which is a key component of the emerging new town centre in Nine Elms. It is heartening to see the progress being made by our partners Peabody and Ardmore in delivering new homes and a new community which is at the heart of what we are seeking to achieve with this new development.

“It was a pleasure to meet Lauren Hibbert to hear about her role on site during the visit too. Creating apprenticeship and job opportunities for members of the local community has always been important to us with more than 150 apprenticeships and over 600 construction jobs being created across the development to date.” 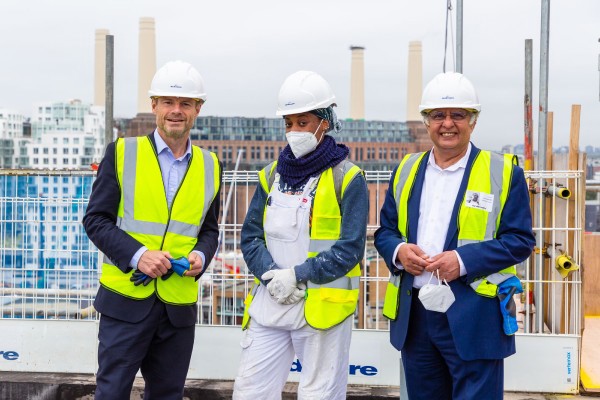 New Mansion Square is part of the fourth phase in the Battersea Power Station masterplan for a new ‘15-minute’ live, work and play neighbourhood, which will also be Wandsworth’s sixth town centre with facilities for the immediate and wider local communities, a new business quarter and visitor destination for London.

Opening next year, the Power Station will be home to 254 residential apartments, over 100 retail shops, restaurants and cafes, as well as unique event spaces including the Chimney Lift Experience. The opening will coincide with the launch of this exciting riverside neighbourhood’s new high street, Electric Boulevard, which will offer a mix of office space, shops, bars and restaurants, a 164-room hotel, a park and a community centre.

The Battersea Power Station development is expected to draw Londoners, international visitors and workers from across the capital boosting the local economy and creating over 17,000 new jobs.

This part of Wandsworth sits within the Vauxhall Nine Elms Battersea (VNEB) opportunity area running along the south bank of the Thames between Chelsea and Lambeth bridges.

The opportunity area is being regenerated by Wandsworth and Lambeth councils working together with development partners. The transformation programme is extensive, including an extension of the Northern Line with two new stations at Battersea Power Station and Nine Elms that opened in September 2021, new parks, leisure, health and school facilities, and new public access to the Thames River Path.

For more information on New Mansion Square and to register your interest, please visit www.peabodysales.co.uk/developments/new-mansion-square/

Find out more about Battersea Power Station at www.batterseapowerstation.co.uk