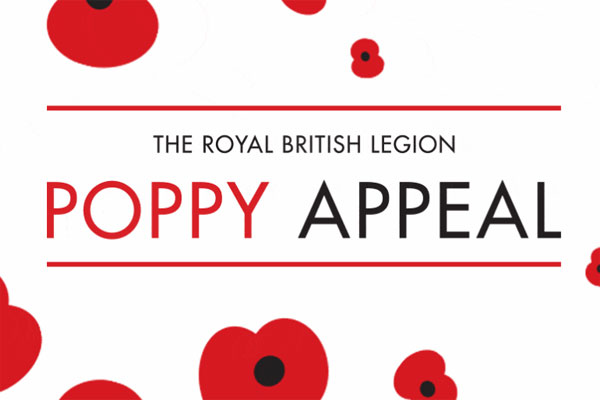 Wandsworth Council is a long-standing supporter of The Royal British Legion’s Poppy Appeal and each year arranges for collection boxes to be placed around the town hall.

And in the run up to Remembrance Sunday, the legion's flag will fly from flagpoles at the town hall in recognition of the charity's invaluable work.

Each year the appeal raises tens of millions of pounds, ensuring practical help can be given to men and women who are currently serving, or have previously served in the armed forces, as well their dependants, especially during times of hardship and distress.

This support includes helping widows and relatives visit the graves of loved ones buried overseas, providing residential and nursing home places, making visits to the housebound and long term sick, and representing veterans and their descendants at war pension appeal tribunals.

Around half of the money raised each year is spent on grants for disabled ex-servicemen and women and on helping equip people for civilian life through interest free small business loans and job training.

This year’s Remembrance Sunday commemorations will have an added poignancy as they mark 100 years since the first services of remembrance were held in communities across the nation in the aftermath of the First World War.

Cllr Cooper said: “The Royal British Legion plays an absolutely vital role in helping those who have given so much for their country. By giving generously to the annual poppy appeal you can help support these brave men and women and also their families too.”

The Royal British Legion was founded in 1921 and produced its first poppies a year later. It currently has around 400,000 members, although more than ten million people are eligible for its help. More than 16,000 British service personnel have been killed or injured on active service since 1945.

The idea of using artificial poppies to commemorate the sacrifices of armed services personnel were inspired by John McCrae's 1915 poem 'In Flanders' Fields'.

Some of the bloodiest First World War fighting was in Flanders in Belgium and Picardy in northern France. In the devastated, shell-marked battlefields virtually the only thing that would grow were poppies. McCrae, a doctor serving in a Canadian regiment, wrote these verses about what he saw:

In Flanders’ fields the poppies blow
Between the crosses, row on row,
That mark our place: and in the sky
The larks, still bravely singing, fly
Scarce heard amid the guns below.
We are the dead. Short days ago
We lived, felt dawn, saw sunset glow,
Loved and were loved, and now we lie
In Flanders’ fields.

Take up our quarrel with the foe;
To you from failing hands we throw
The torch; be yours to hold it high,
If ye break faith with us who die
We shall not sleep, though poppies grow
In Flanders’ fields.