Council homes recovered from unlawful use

The council successfully recovered 34 of its rental properties last year from people who had no right to be living in them – saving local taxpayers £2m a year.

Staff in the housing department, working closely with the town hall’s team of fraud investigators (SWLFP), took back the 34 council properties after establishing that the occupants were not entitled to be there.

Half of the properties had been sub-let by their tenants to other people in return for cash, while other cases involved relatives falsely claiming “succession” rights on properties after the tenant had passed away.

The cases included a former tenant who’d moved to Dubai while pocketing the rent and another who was doing the same having moved to Sudan. Another involved a tenant who was living in a council flat in Leeds while renting out their council flat in Battersea and another who’d advertised his £500 a month flat on Gumtree and renting it out to a young couple for £1,000 a month.

In some of the uncovered cases the fraudsters have not only been renting out their council flats for profit – but have been falsely claiming housing benefit at the same time. In these cases the information is shared with the Department for Work and Pensions (DWP) who will cease benefit payments, instigate recovery of the payments and pursue criminal prosecutions.

All 34 properties that have been recovered are now providing homes to families in genuine housing need. This is saving the public purse £2m in temporary accommodation costs.

The council’s fraud investigation team’s primary role is to make sure that public money and resources are not ripped off. Their job is to ensure that every penny of taxpayers’ money spent by the council is properly accounted for and that people do not receive public services and benefits if not entitled to them.

Cabinet member for housing Cllr Kim Caddy said: “I am delighted that the joint hard work of the council’s housing department and the fraud team has led to the recovery of these 34 properties. The keys to these homes have now been given to families who genuinely need them. 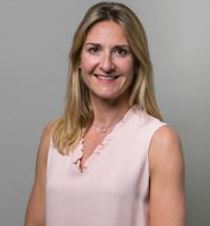 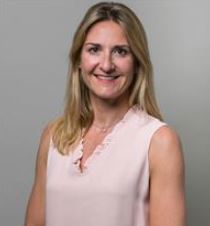 “Council housing is there to support residents of the borough who are in genuine housing need. People who sublet them to line their own pockets and those who think they are entitled to pass the keys on to friends or relatives in some kind of private arrangement are depriving homeless families of a roof over their heads.

“Anyone who thinks they are going to get away with abusing the system needs to think again. The council carries out very stringent checks on tenants long after they have been given the keys to make sure they remain entitled to housing support.

“We cross-check many different types of information with our own records and also with those held by other local authorities, housing associations, schools and a whole range of other public bodies. If the information doesn’t tally then that will spark an immediate investigation.

“We also receive a steady stream of tip-offs about bogus tenants and illegal sub-lets from neighbours who are rightly outraged that someone is trying to cash in on these scarce and valuable public resources.”

Anyone with information about bogus tenancies can call or email in confidence via swlfp@richmondandwandsworth.gov.uk or (020) 8871 8383.