Take a look inside iconic Wandsworth buildings normally closed to the public as part of the Open House London event this month.

Across the capital hundreds of buildings will open their doors on September 21-22, alongside a programme of free neighbourhood walks and architect-led tours.

This year’s event explores the theme of ‘social’, including buildings as homes and as part of the fabric of a community and the impact of social media on architecture.

Some open days and tours must be booked in advance, and it is recommended you do this as soon as possible. The Wandsworth buildings are:

Blackbook Winery. A converted Victorian railway arch in Nine Elms. Grapes come from English growers within two hours of London, and there is a chance to meet the winemaker.

Buzz Bingo Hall (Granada Cinema. Exceptional Grade-I listed example of the ‘super cinema’ of the 1930s in Tooting (pictured below). 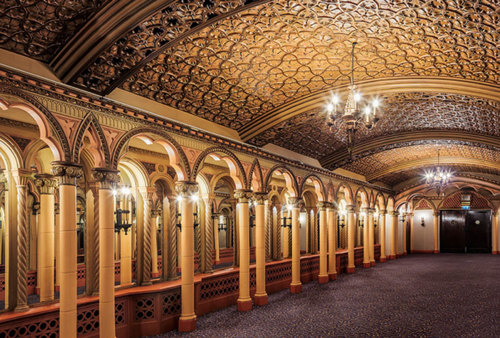 Emanuel School, Battersea. The former Royal Patriotic orphanage has been a school since 1883.

RCA Battersea: Dyson and Woo buildings. See inside the Royal College of Art buildings in Battersea, designed to be an ‘art factory’.

Roehampton University Library. Opened in 2017, the library has been designed to  encourage good behaviour and academic attitude.

Roehampton University Chadwick Hall. The Wandsworth Design Award winner is a student residence in the grounds of the 18th century Downshire House,

Royal Hospital for Neuro-disability. A former Georgian villa in Putney extended to reflect medical attitudes and thinking through the ages.

St John’s Hill. The regeneration of the 1930s Peabody Estate in three phases, replacing 351 existing homes with 538 new ones and a new community hub, and creating new pedestrian links with Clapham Junction.

Tara Theatre. Architectural fusion of east and west in Earlsfield.

Tooting Bec Lido. Outdoor pool containing a million gallons of unheated water. It was built in 1906 and recently refurbished.

The council’s cabinet member for community services and open spaces Cllr Steffi Sutters said: “This year’s Open House weekend has a really impressive slate of Wandsworth buildings, including some of our oldest treasures and some striking modern design.

“It’s good to see some of the buildings are former winners of the Wandsworth Design Awards which we run to celebrate architectural excellence in Wandsworth. There’s still time to nominate for this year’s award so get in touch by the end of this month if there is a building you feel deserves recognition.”

Opening times vary, and in some cases visits must be booked. For full details, visit https://openhouselondon.org.uk/