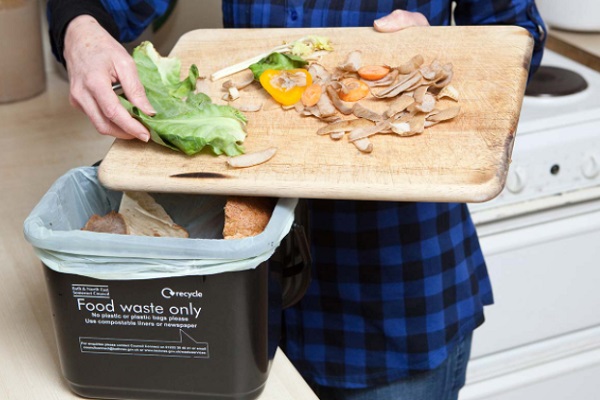 The council’s cabinet member for environment Judi Gasser has said that a food waste collection scheme could be extended to thousands more homes next year.

Around 2,300 households in Southfields already benefit from separate collections for food waste as part of a local pilot initiative designed to cut carbon emissions.

And at last night’s (Wednesday) council meeting Cllr Gasser signalled that the scheme could be extended to a further 4,400 homes, with a formal decision on the next stage of the project expected to be taken in the new year.

If formally approved the extended pilot scheme could include some homes in high-rise buildings and possibly a local school.

Instead of being sent to an energy from waste plant (EfW), unwanted food collected separately is sent to an anaerobic digestion plant where micro-organisms break it down to produce a biogas that’s fed into the National Gas Grid, as well as liquid fertiliser used to improve agricultural soils.

Homes taking part in the pilot scheme have been given kitchen food caddies and bio-degradable caddy liners to store their food waste, plus larger external food containers which are then collected weekly as part of the borough’s normal refuse and recycling collection service.

Cllr Gasser said: “We will be publishing formal plans early next year to extend the existing pilot scheme to thousands more homes in the borough. In total, if the plans proceed as anticipated, the scheme would cover 6,700 households in Wandsworth.

“This is something that many of our residents have called for and puts us ahead of the curve in terms of preparations for the expected Government requirement that food recycling is to become mandatory.

“Collecting food waste separately and diverting it away from all the other household waste we collect delivers a significant boost to our efforts to reduce our carbon footprint.

“It is broken down organically to produce an eco-friendly biogas that helps power homes and reduces reliance on harmful fossil fuels.

“The council’s main focus though remains on actively encouraging residents to reduce all forms of waste, including food, which is the best environmental outcome possible.

“Minimising the amount of waste material that needs to be collected and processed is a key element of our carbon reduction efforts – and in a cost-of-living crisis reducing the amount of food that gets thrown away helps ease the pressure on hard-pressed household budgets.”

For more information on the council’s plans to tackle climate change visit https://www.wandsworth.gov.uk/news/campaigns/climate-change/