Council leader Ravi Govindia has highlighted the restoration of a key historical site in Wandsworth as testament to the borough’s long-standing tradition of welcoming refugees. 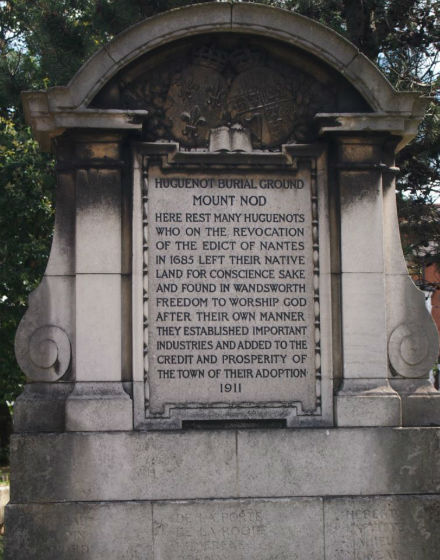 The Huguenot burial ground at the top of East Hill, known locally as Mount Nod, contains the graves and tombs of many Huguenot refugees whose embrace of the Protestant faith subjected them to harsh persecution and forced them to flee France in the 17th Century.

Many Huguenots settled in Wandsworth, attracted by the cloth and textile mills which lined the banks of the River Wandle. Their skills as hat and dress-makers helped establish 17th and 18th Century Wandsworth as a famed centre of fashion and tailoring.

Church services in French were conducted at the old Presbyterian Chapel in Wandsworth for over a century after the first Huguenots arrived and many were laid to rest at Mount Nod in a number of listed tombs and graves. 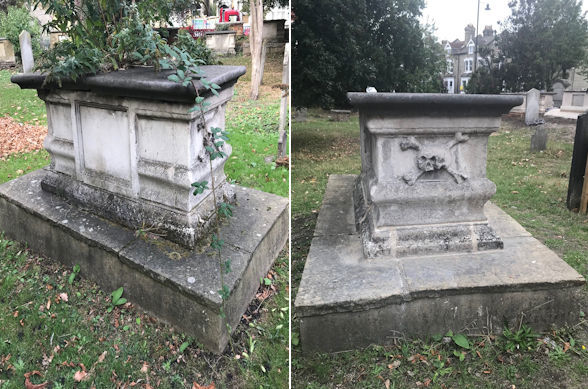 Visiting Mount Nod this week, in the wake of a £300,000 council funded conservation project that has restored and renovated a number of listed tombs and monuments - and opened the site up to public access, Cllr Govindia said it represented the proudest Wandsworth tradition of welcoming refugees.

He said: “This is a very important piece of Wandsworth’s history because it marks Wandsworth’s tradition of welcoming refugees fleeing persecution from all over the world.”

The enclosed burial ground, covering just under half an acre, contains tombs dating as far back as 1687 and closed in 1854. A 1911 memorial refers to the Huguenots and their contribution to the life of the borough.

Stonework on the tombs, headstones and monuments (pictured both before and after) has been carefully repaired and restored, while overgrown vegetation has been cleared and replaced with new greenery and seating, opening up the space for people’s quiet contemplation and enjoyment. 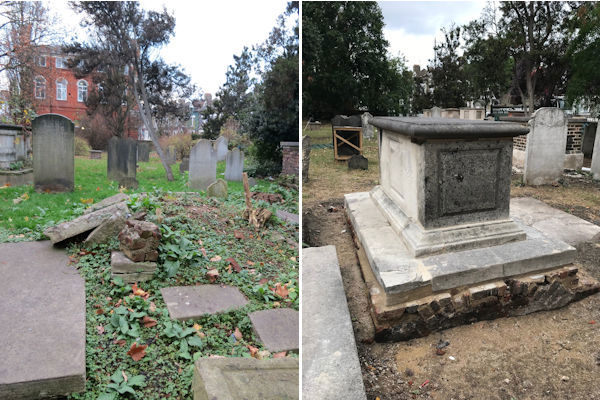 A formal reopening ceremony is now being arranged to mark the arrival of special information panels that outline the history of the Huguenot’s and their valuable contribution to the story of the borough.

Councillor Govindia added: “For many years this significant but little-known corner of our borough was overlooked and gated off to the public. Very few people even know it existed.

“We have been able to carry out a sensitive restoration of this historically important burial ground, conserving its ancient tombs and monuments for future generations. We hope it will be used by local people for quiet contemplation and enjoyment, and that it offers an educational resource for further learning and study of local history.” 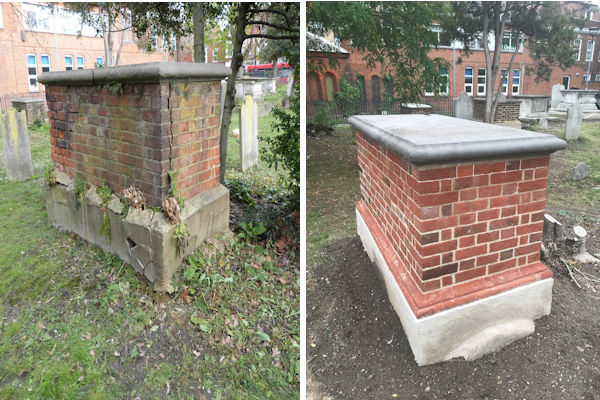