Members of the public attended the local Proclamation of King Charles III at a short formal ceremony on the steps of Wandsworth Town Hall yesterday (September 11).

The Mayor thanked local people for attending the historic occasion before reading the Proclamation which was followed by the crowd shouting God Save the King.

Books of condolence remain open at Wandsworth Town Hall in both the Marble Hall and customer centre and in all 11 of the borough’s libraries so local people can share their thoughts and reflections. These are the libraries at Balham, Putney, Tooting, Battersea, Southfields, Earlsfield, Northcote, Roehampton, Battersea Park, York Gardens and Wandsworth Town.

For people who cannot attend in person, messages of condolence can also be submitted online to the Buckingham Palace book of condolence

Alternatively people can send in their own handwritten messages of condolence to the town hall and these will be incorporated into the borough’s books of condolence.

As a mark of respect, council events have been cancelled until further notice. 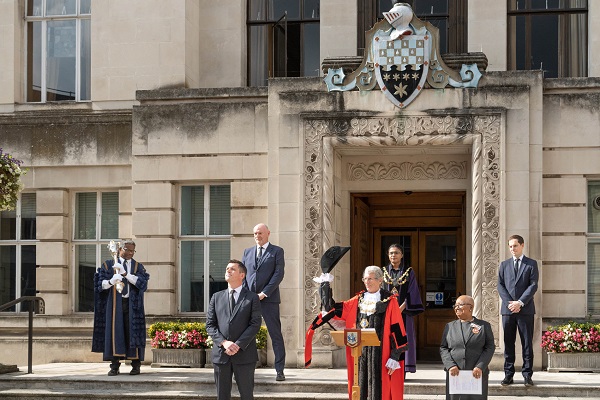